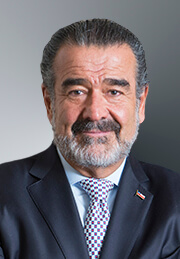 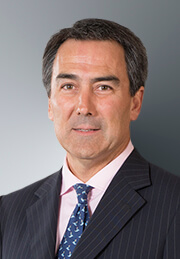 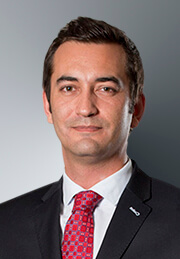 Nicolás Luksic has been a member of the Board of Directors of Quiñenco since April 2013. Between 2003 and 2006 he formed part of the Department of Financial Analysis of Quiñenco, and at the same time became a Director of Viña Tabalí. In 2006 Mr. Luksic went to live in France for a period of three years, where he was Product Manager of Heineken’s subsidiary in that country for one year, and then Financial Analyst at AXA Private Equity in their Paris offices. On his return to Chile he was Export Manager for the Latin American market of Viña Valles de Chile (Tabalí and Leyda). Currently he is Chairman of Viña Tabalí S.A. and Ionix SpA. He is also a member of the Boards of Banchile AGF, Compañía Pisquera de Chile, Enex, Broota, first Crowdfunding platform in Latin America, and Toteat, first online platform for the management of restaurants. In addition, he is a member of the International Advisory Council of the Massachussetts General Hospital in Boston, USA. Mr. Luksic holds a degree in Business Administration from Universidad Finis Terrae. 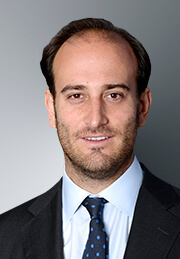 Andrónico Luksic has been a member of the Board of Quiñenco since May, 2014. Since 2006 he has worked for Antofagasta Minerals, one of the largest copper mining companies in the world, where he is currently Vice Chairman of Development, area which involves business development, mining resources and exploration, energy and innovation. Previously, since 2009, he was head of its operations in Canada, based in Toronto, focused mainly on business development and external relations, exploration, and project feasibility. Formerly he worked at Banco de Chile. Mr. Luksic has a B.Sc. degree in Business Management from Babson College. 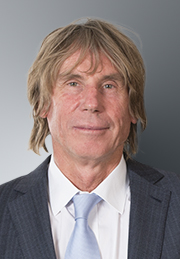 Hernán Büchi has been a member of the Board of Directors of Quiñenco since 1990, and is currently a member of the Directors’ Committee. He also serves on the Board of Banco de Chile, Tech Pack and Falabella, and is an advisor to the Board of CCU. Mr. Büchi founded the Instituto Libertad y Desarrollo, a Chilean think tank, and is Chairman of the Executive Committee of Universidad del Desarrollo. Previously, Mr. Büchi held a number of important positions within the government, including Minister of Finance, Minister of National Planning, Superintendent of Banks and Financial Institutions. He has a degree in Civil Engineering from Universidad de Chile and a Masters degree in Economics from Columbia University. 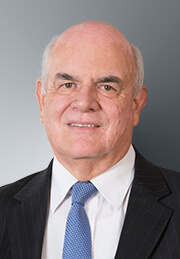 Matko Koljatic has been a member of the Board of Directors of Quiñenco since 2003, and is currently a member of the Directors’ Committee. Mr. Koljatic is also Director of Forus S.A. and of the Corporate Governance Center at Universidad Católica. Mr. Koljatic is a professor at the Universidad Católica de Chile’s business school where he teaches undergraduate, MBA and Executive MBA courses and conducts seminars on a wide range of corporate strategy related topics. During his tenure, he has also served as Vice President of Economic and Administrative Affairs (1987-1994) and Dean of the Business School (1994-2006), both at Universidad Católica. Previously, Mr. Koljatic was Chief Executive Officer of Johnson & Johnson (Chile) and Gillette (Chile and Jamaica), and Marketing Manager of Gillette for Latin America based in Boston. Mr. Koljatic has a degree in Business Administration from Universidad Católica de Chile and a Certificate in Marketing Management from Stanford University. 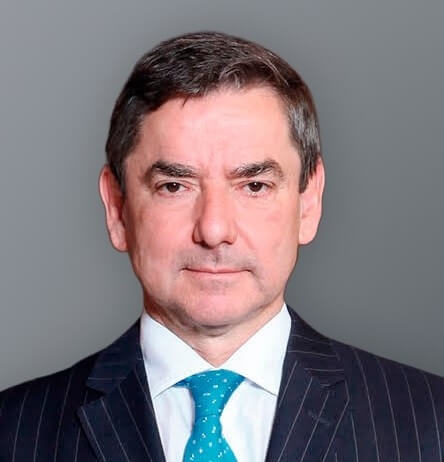 Carolina García de la Huerta has been member of the Board of Directors of Quiñenco since May 2020. Ms. García de la Huerta has a degree in journalism from Universidad Católica de Chile and an extensive background in media, strategic communications and crisis management. During her time in the media industry, García de la Huerta worked at the Economic and Business section of El Mercurio newspaper, served as Business Editor at Revista Capital, and was the producer of Raquel Correa´s political interview on Canal 13. For about 20 years, she led the public affairs, communities and environmental division at Nexos, a public relations and communications firm where she was a partner until 2014, when she was appointed as Corporate Affairs and Communications Officer at Quiñenco, a position she held until December 2019. Subsequently, she acted as advisor to the company’s Board until April 2020, and also became a member of the Board of the Luksic Foundation. From 2013 to 2017, she served on the Board of Canal 13, which she chaired from February 2014 to April 2015.